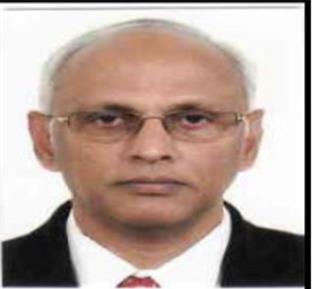 Dr. Joseph Davis is serving as Professor in Biotechnology, FET, MRIIRS since June 2017. A trained Biochemist/Biologist with 24 years of experience in research and teaching. He has earned his Ph.D. from Christian Medical College &amp; Hospital, Vellore. He is also holding post-graduate diploma in Management from IGNOU and Diploma in Medical Technology from CMCH, Vellore. He has undergone post-doctoral training from the Burnham Institute and University of California, San Diego in the areas of Glycobiology and Cell Biology. He has served as New Drug Discovery Researcher at Orchid Chemicals and Pharmaceuticals, Ranbaxy Laboratories and Daiichi Sankyo Pharma India Ltd at varying capacities such as Group Leader and Assistant Director. Research interests in drug discovery research in diabetes, cancer and infectious diseases, Immunology and assay development and validation of diagnostic kits. He has also having interests in Environmental Biotechnology to address issues like degradation of plastics, antibiotic resistance etc. He has authored 26 research articles published in reputed national and international journals with Scopus citation of &gt; 800, h-
index – 12.
Dr. Davis is the co-inventor in 9 international patents mainly for anti-diabetes and anti- hypertension. He was the winner Daiichi-Sankyo Team of the Year Award, 2016 for anti-malaria research. He has been nominated for Ranbaxy Team Excellence Award Nominations 4 times during the tenure. Recently, Dr. Davis has been elected as a Fellow of Royal Society of Biology (London, UK).